Lake Tahoe Real Estate may see the results of a depressed real estate market in the near future, and continue to depreciate well into the 2011 About 10.8 million households, or 22.5 percent of all homes with a mortgage, were under water in the July-September quarter, according to housing data firm CoreLogic. The figure is down from 23 percent in the second quarter, mainly because more homes fell into foreclosure and not because home prices increased.

In all, 262,339 U.S. homes received at least one foreclosure-related notice in November, or one in every 492 households. The notices were down 21 percent from October and down 14 percent from November last year, RealtyTrac said.

The firm tracks notices for defaults, scheduled home auctions and home repossessions — warnings that can lead up to a home eventually being lost to foreclosure.

The decline in foreclosure activity was most pronounced in the more than 20 states that require foreclosures to be approved by judges and where many of the documentation errors came to light.

Initial notices sent to homeowners in those states who fell behind on their mortgage were off 43 percent from last year, while foreclosure auctions were down 38 percent, RealtyTrac said.

Some 37 states recorded a drop in home repossessions from October to November.

The number of foreclosure-related notices sent to homes in Nevada fell 20 percent from October, but the state still registered the highest foreclosure rate in the U.S. last month, with one in every 99 households receiving a foreclosure notice. That’s nearly 5 times the national average.

Utah leapfrogged several states to the No. 2 spot, mostly because of sharp monthly drops in foreclosure activity in California, Florida, Arizona and Michigan.

One in every 221 households in Utah received a foreclosure-related notice in November, more than twice the national average.

Rounding out the top 10 states with the highest foreclosure rate in November were: Arizona, Florida, Georgia, Michigan, Idaho, Illinois and Colorado.

Add News to your Google Homepage

"We purchased a second home in N. Lake Tahoe. Kelly, Doug and Liz show us properties over a four year span! It took us a long time to find a property because we were undecided about price, location etc.... continued"
- sailak 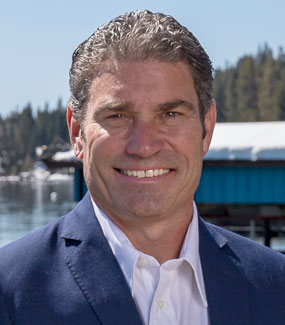 Kelly Smith and Century 21 Tahoe North Realtors ® feature unique homes for sale in the North Lake Tahoe and Truckee areas. For years we have been highly respected in the Lake Tahoe community by offering professional service to all of our customers.